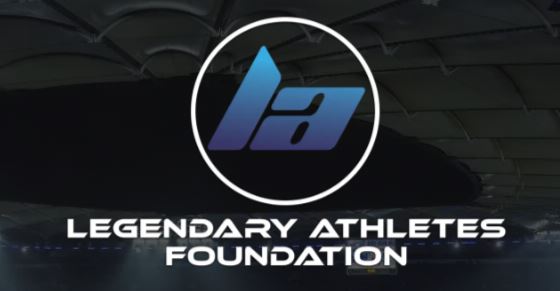 Announces the launch of its Diversity, Equity, and Inclusion campaign:

“The chains of habit are too weak to be felt until they are too strong to be broken.” — Samuel Johnson

At the Legendary Athletes Foundation, we are taking a scientific approach to igniting positive change in our communities.  The Council will focus on promotion of racial equality and opportunity, promoting academic and economic advancement, and advancing community/law enforcement relations.

When it comes to the methodology of creating real change, we believe that real change cannot take place without a clear understanding of exactly HOW behaviors and habits are formed in the first place.  There appears to be a growing consensus among the scientific community, that there is a very intricate connection between the mind, the brain, and the body.

Neuroscience:  The science that deals with the structure, function of the nervous system and the brain.

Psychology:  The science that deals with the study of the human mind, its functions and behavior.

Physiology: The science of the study of life; the mechanisms of living things; the basis of cell function.

Together, these three areas of science form what is often referred to as the “ultimate trilogy”.  Understanding how they work together is critical to activating motivation centers in the brain, re-framing negative thinking and habits, rewiring the brain, and driving positive, behavioral change.

In order to drive real behavioral change, one must understand how behaviors and habits are created in the first place. As human beings, we all have the ability to gather sensory information.  Sensory information, consisting of visual processing, hearing, touch and smell are all integrated in an area of the brain called the thalamus.  When the thalamus receives sensory information, it splits the information into two pathways; one, to the amygdala (which deals with threat and accesses information quickly but not always clearly) and two, to the cortex (where rational decisions are processed).  Neurologically speaking, when humans are subjected to chronically stressful environments, the brain will react to stress hormones released by the body and the hierarchy of the brain begins to change over time;  the amygdala will become enlarged and the prefrontal cortex (which controls impulses and regulates emotions) becomes stunted.  Stunted development of the prefrontal cortex can dictate a person’s rationality, decision-making, impulse control and emotional stability.

Because the amygdala plays such an essential role in the emotional system, this condition will have a dramatic impact on behavior and the brain will develop a non-conscious perception toward negativity.  When encountering negativity, the brain will become more sensitive to threat and enact a survival mechanism of withdrawal to safety.

Now here is where it really starts to get cool; the brain is really an amazing and complex organ.  Just as it can be altered in the scenarios described above, the brain also has the ability to reverse these changes and actually shrink the amygdala.  In order for this to take place, the sensory information that created the behaviors need to be changed.  This reversal, however, will require a structured process and a strong motivation to do so.

One of the biggest advantages we have as humans is the ability of our cortex to make our thoughts realistic. Since the cortex affects our emotions, when emotions are driven by thought, the brain is capable of perceiving them as real as actual occurrences.  The brain processes emotions just as it processes thoughts.  Therefore, just as negative emotions can have a significant and debilitating impact on thoughts and behaviors, the brain also possesses the ability to process positive emotions have significant and positive impact.  Incredibly, the brain has the ability to “rehearse” and respond to positive sensory information, thereby having a constructive (rather than destructive) impact on our thoughts, emotions and behaviors.

Armed with a brief but better understanding of the functional neuroscience behind the formation of habits and the initiation of behavioral change, Legendary Athletes Foundation announces the formation of its the Neuro-Leadership Council which will drive its “Ignite Change” initiative through the issuance of the Neuro-leadership 1000 Hour Challenge.

The underlying goal of the Neuro-Leadership Council is to target improvements in thinking and learning; to educate in the process of making more effective decisions; overcoming negative biases; finding more creative solutions; dealing more effectively with stress; and to create positive attitudes, optimal motivation, engagement, and outcome focus within our communities.